This short video describes the origin of the statements.
Stage One - Brainstorming
​Brainstorming. In June 2015 we held a Teacher Forum at which SL teachers responded to the question:

"What attitudes, qualities, and abilities does an individual need to develop successfully academically, personally and professionally? (Not                        only as a student but throughout the rest of their career). "
​

Stage Two - Collation
​The suggestions were all collated on a large piece of paper. Similar ideas and concepts were grouped together. 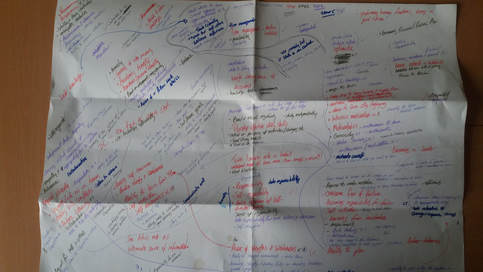 ​These common ideas were then transferred to an Excel spreadsheet. Here they were grouped once again with other common characteristics. 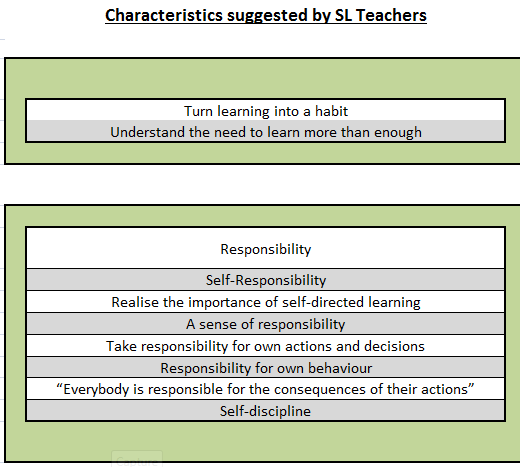 ​An analysis of the ideas at this stage shows the frequency which they were suggested. The charts below shows these frequencies but it should be noted that “Perseverance and obstacles as challenges” for example relate to the same idea. There are other examples of this in the data.
​These groups were further refined to identify underlying beliefs, principles, attitudes.

​These underlying beliefs were then grouped according to similar themes. 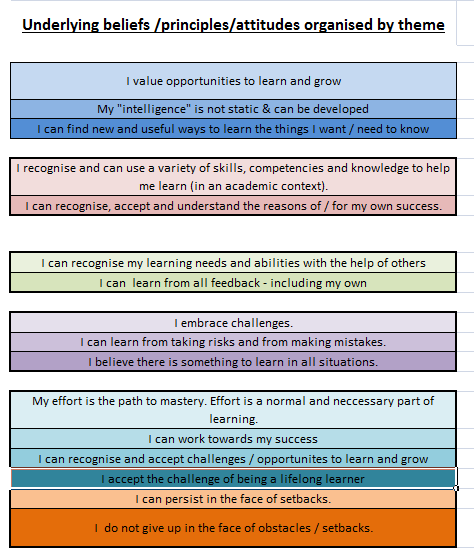 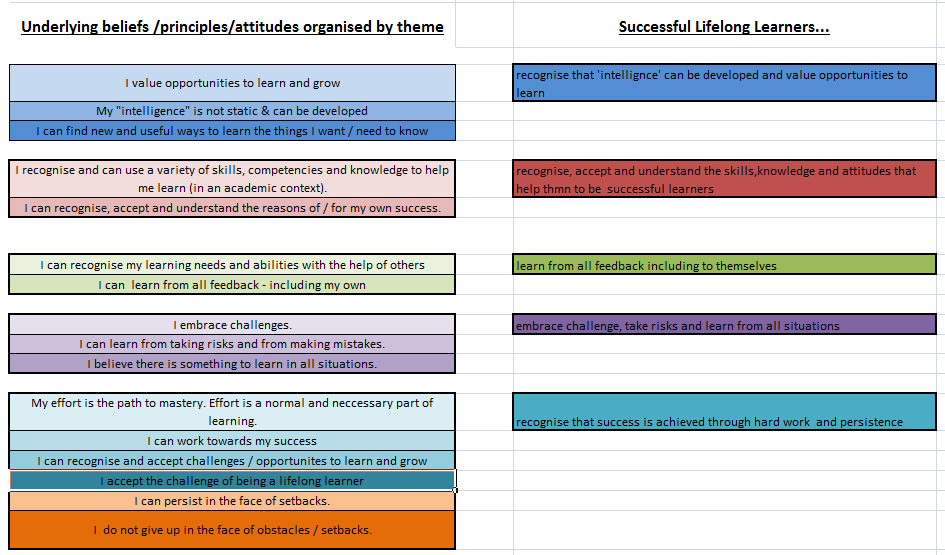 The initial ideas were derived from over 200 suggestions from SL teachers. The thematic refining to create the statements was helped by our research into the concept of Growth Mindsets (Dweck). Using the spreadsheet we can trace back a lifelong characteristic to its original suggestion.
Stage Four - Sharing the Statements
This powerpoint presentation briefly describes the process.

The presentation was used to introduce the final(ish) versions of the statements to our SL colleagues.